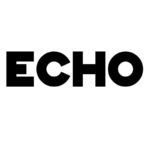 This summer’s Joint Effort Safe Streets program will be extra festive after Princeton finally recognized the Witherspoon-Jackson neighborhood as a historic district, the town’s 20th, in the spring. Events and activities from Saturday, August 6, through Sunday, August 14, will celebrate the neighborhood’s community members and African-American history.

The activities begin with a historic walking tour and on the final day culminate with youth and adult basketball games at the Community Park courts. The games are organized by Joint Effort Community Sports Program’s John Bailey, who grew up in the neighborhood and now lives in Denver. Other events include clean-up projects, a yard sale, and events recognizing educators, seniors, and former township mayor Jim Floyd. The Arts Council will sponsor a Grace Little concert at the Shopping Center, and there will also be an all-day block party and music festival.

The town officially recognized the Witherspoon-Jackson neighborhood as a historic district in April. The designation adds zoning regulations intended to preserve the physical character of the nearly 400 properties located between Community Park and Paul Robeson Place. The latter boundary was originally named Jackson Street, which, along with Witherspoon Street, form the neighborhood’s name and current delineation.

Historically most of Princeton’s black residents, prevented from buying land in other parts of town, lived in the Witherspoon-Jackson neighborhood. The neighborhood’s footprint once stretched from Valley Road to Nassau Street, before development cleared out many working class homes.

African-Americans have lived in Princeton since the late-17th century, historically serving in labor and service positions. Perth Amboy was New Jersey’s slave port, and the Somerset-Mercer region had one of the densest slave populations in the state before slavery was abolished in the early 1800s.

Many current residents in Witherspoon-Jackson are descended from field workers moving from Virginia and the Carolinas at the turn of the 20th century and through the Great Depression as part of the Great Migration.

Also home to Irish and Italian immigrant families, the once majority-black neighborhood has undergone a demographic shift. There was an influx of Haitian and Dominican families in the 1980s, followed by Hispanic immigrants that today may comprise a plurality in the community. With its “walkability,” the once-shunned neighborhood is now a desirable location.

For more information on the Joint Effort Princeton Safe Streets Program or the Salute to the Witherspoon-Jackson Community, call John Bailey at 720-629-0964 or Shirley Satterfield at 609-924-2010. Among the highlights:

Wednesday, August 10, 6:15 p.m.: “We Must Not be Forgotten,” salute to educators, youth, arts, entertainment and culture, and the 1948 Princeton Plan to integrate the public schools. Arts Council of Princeton, 102 Witherspoon Street. (A reception for the Aaron Fisher art exhibit is at 5 p.m.)

July 6, 2020
The MVC designated its state agencies as either a vehicle or licensing center to limit specific operations to each location and follow safety guidelines.

Liam Gonzales brings focus on future to Hamilton Board of Education