Robbinsville native Ross Colton decided to stay home on Saturday, June 26, and watch the NHL draft on TV because he didn’t want to be disappointed.

Instead, the hockey prospect sat in the family room with his dad and brother, both named Rob, while his mother, Kelly, was pacing in the backyard—all awaiting some news. In the fourth round, the call came. The Tampa Bay Lightning selected Colton, and, just like that, his dream of playing in the NHL became a reality.

“My advisor, Mark Toof, called me to tell me I was drafted, and I turned around, gave my dad a hug, and my mom came in from out back, crying, because she was so happy about the news,” Colton said. “There are no words to describe that moment.”

A top scorer for the Cedar Rapids RoughRiders, a Tier 1 junior ice hockey team in United States Hockey League, Colton was chosen 118th overall in the draft by Lightning, a team that was in the Stanley Cup final two years ago. Better yet, the Lightning clearly were keen on Colton, particularly his vision and creativity on the ice. This past winter, Colton broke the RoughRiders franchise record for goals in a season, scoring 35 in 55 games.

“Ross is a skilled, offensive forward who is also a responsible defensive players,” Tampa Bay Lightning Director of Amateur Scouting Al Murray said. “What really caught our eye was his ability to score goals. It is getting harder all the time to score at pretty much every level of the game. Some guys just have a touch for that, and Ross seems to be one of them.”

Before playing for Tampa Bay, the recent high school graduate will first attend the University of Vermont. The Catamounts recruited him to play hockey, and Colton intends to improve his game for a few more years before making the leap to the NHL.

“My goal is to have a really good year my first year, and an even better year my sophomore year,” Colton said. “I will continue to train and work hard so that, when the time is right, I will be ready to play in Tampa.”

Born Sept. 11, 1996, Colton skated for the first time at age 4. He quickly got into hockey, despite his family having no real background in the game. Colton joined the hockey initiation program at Iceland in Hamilton, and played on the Mercer Chiefs teams from Mites (which starts at age 6) to Bantam Major (14-year olds). Chris Barcless, who coached several of Colton’s teams, had a huge influence on Colton’s success as player.

“Chris Barcless has always been my go-to guy,” Colton said. “He has always had my back, and still does to this day. He trains me in the summer, and continues to give me great hockey advice.”

Barcless said Colton is a humble kid, and one of his former player’s most admirable traits is that he doesn’t think he is better than anyone else.

“I really respect Ross, and his dad, because it was never about being on the best team,” Barcless said. “It was always about being the best player, and best person you can be, and making everyone around you better.”

Colton’s family—dad Rob, a baseball player at Rider and recent inductee into the Steinert Hall of Fame, and mom Kelly, a former basketball star at McCorristin—have always supported Colton’s decisions. After being cut from a couple of local hockey Festival teams, Colton was told to move away from home, and get better training in other states. But he decided to stay in New Jersey a bit longer, and continue working here in the Garden State. His decision paid off.

“I started training, and continue to train off ice with Kevin Wagner, at Lights Out Academy near Iceland,” Colton said. “Between him and Barcless, I was able to get to where I needed to be for the next level. They are both awesome.”

“I hated giving up baseball, but in the long run, I was better at hockey, and knew this is the sport I wanted to do,” Colton said. “My hockey coach at Taft, Dan Murphy, helped me out a lot. He was a great coach and an even better person.”

Colton moved on from Taft to the prestigious USHL league in 2014. He found out the Cedar Rapids RoughRiders had drafted him while in history class.

Colton’s first time on the ice at that level was definitely a step up. But he couldn’t just focus on improving his skills. While adjusting to the professional game, Colton continued going to high school, graduating last year from George Washington High School, the local public school in Cedar Rapids, Iowa.

Colton said he had plenty of support during his two years in the USHL.

“My coach, Mark Carlson, and all the coaches at Cedar Rapids helped me tremendously,” Colton said. “The guys that I played with were also a great influence, both on and off of the ice.” 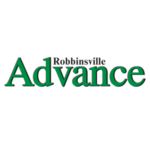