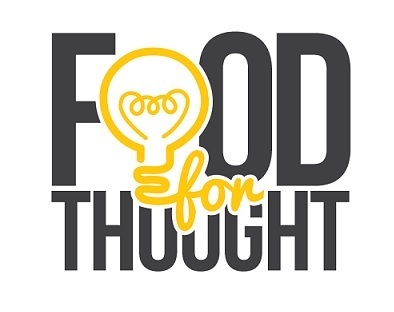 When Jim Forkel was hired 20 years ago as head chef of the Tower Club, one of Princeton’s undergraduate eating clubs, it was by Patrick Yun, chair of the club’s graduate board at the time. Yun estimates that he had interviewed and eaten the food of almost 30 chefs, “but,” he says, “Jim’s food stood out.” Forkel, who has a B.S. in management from the University of Delaware, was able to convert the 100-year-old system of buffet-style food into one that offers made-to-order, customizable, plated fare. Yun attributes that feature to keeping that club’s enrollment at 350 while others have dropped. Plus, it has saved on costs. (These days Forkel is GM at two clubs: Tower and Cannon.)

During all that time, Forkel was indulging in a passion that started in culinary school: perfecting his personal recipe for making hot dogs, a Tower Club favorite. This passion — and the relationship between Forkel and Yun, who made his fortune in finance — culminated in the opening in late June of Tower Dogs, their 35-seat casual restaurant on Quakerbridge Road in Lawrenceville. The opening menu features about 20 specialty sandwiches, most but not all featuring dogs made by a company in California using Tower Dogs’ proprietary recipe of 100 percent beef that’s minimally cured and spiced and contains no fillers.

“Plus the meat is triple-grind,” Forkel adds, “so it has an extra-smooth texture.” All toppings are made fresh in-house, including Tower cheese sauce, Tower Buffalo mayo, and sauerkraut.

Forkel and Yun knew they were really onto something when the Tower Dogs food truck sold out its wares early at recent events, such as Robbinsville Community Day. Customer favorites include the Tower Dog (toasted roll, bacon-wrapped dog, spicy brown mustard, Tower cheese sauce, onion, and chopped waffle fries) and the Delicioso (toasted roll, straight-cut fries, ketchup, and dog with melted provolone, roasted garlic aioli, sauteed onions, and pickled peppers). Both cost $8. The second most popular, though, is the more modestly priced “naked” dog: bun, dog, mustard, ketchup, and sauerkraut.

Just as their fare is, as Yun says, “not your $2 dog,” the restaurant interior is designed to appeal to its key demographic, which skews young and affluent. “We aren’t a sit-down restaurant with waiters,” he says, but points to the clean, modern lines of the space, the comfortable, well-spaced seats, and amenities like digital ordering stations, televisions and ample electrical outlets for charging phones and tablets. The restaurant will eventually stay open until 2 a.m. on Friday and Saturday nights.

A Princeton debut for Ironbound Cider

If you think a Newark-based company called New Ark Farms is a joke, you don’t know about Ironbound Hard Cider, a product of its sister company, Jersey Cider Works. Nor about the illustrious history of hard apple cider in Newark. In the 18th and 19th centuries, cider made in that city was the most celebrated (and costly) in the country. Even George Washington was a fan.

While many national brands use apple concentrate from China, Jersey Cider Works uses fresh-pressed apples from the NJ highlands and nearby states. Cameron Stark, winemaker at award-winning Unionville Vineyards in Ringoes, perfected the particularly crisp recipe for the company’s Ironbound label. Six-packs of its cans can be found around town at CoolVines, Public, and Wegmans.

Fran McManus of Princeton, longtime communications manager for the Whole Earth Center, wrote about the history and return of Jersey cider in Edible Jersey magazine in 2015. In September she and Charles Rosen, the founder of Jersey Cider Works and its sister company, New Ark Farms, will speak at Princeton Theological Seminary’s Just Food conference. For information on the conference: coned.ptsem.edu/events/just-food. For information about Ironbound Hard Cider: jerseyciderworks.com.

The owners of this popular Nassau Street creperie, Kathy Klockenbrink and Kim and Amin Rizk, are set to debut a Jammin’ Crepes food truck, which they are dubbing the Flying Crepeze, some time in August. “This will offer us even more opportunity and availability for catering private events,” Kim Rizk writes in an e-mail.

Besides its brick-and-mortar casual restaurant, Jammin’ Crepes serves up its sweet and savory specialties at the Princeton and West Windsor farmers markets.

The road to the Negro Leagues ran through the Garden State