Tom Dethlefs has achieved just about all that is possible in international rowing.

The one thing left for the Lawrenceville product is rowing in the Olympics.

“I would absolutely love to represent my country in the Olympic Games and I’d love to represent Lawrenceville and the Princeton area in the Olympics as well and bring home a medal for this team,” Dethlefs said. “The community has been incredibly supportive, not only of me, but of all US Rowing athletes. The Princeton/Lawrenceville area has provided unparalleled support so I’d love to add to the list of people that have come back here with an Olympic medal.”

Dethlefs, 26, is looking forward to his chance at the 2016 Summer Olympics that begin Aug. 5 in Rio de Janeiro, Brazil. He is one of two alternates on the men’s rowing team.

Dethlefs has been on the U.S. national rowing team the last seven years. He won bronze in his first year on the junior national team at the 2008 Junior World Rowing Championships in Linz, Austria, barely one month after graduating from The Lawrenceville School. He moved up to the Under-23 men’s national team after his sophomore year at Yale University and won silver in 2010 at the World Rowing Championships. He won gold in each of the next two years.

From 2013 to now, he has been on the U.S. men’s national team. In 2015, they won gold at the World Rowing Championships in Aiguebelette, France. He has nine international medals, and he hopes he will have a chance to medal at the Olympics.

The Olympic trials marked the first time Dethlefs has ever been cut from a boat, “which is certainly disappointing and frustrating, but it really speaks to the high level of competition on the team. There’s an amazing amount of talent in the U.S. I think we can produce two medal-winning boats in Rio,” he said.

Despite the controversy surrounding the Olympics in Rio—the Zika virus, security issues, unfinished stadiums, water pollution—Dethlefs said he never had any doubts about going. It’s “the pinnacle of competition” for a rower, so he and his teammates are forging ahead.

“While we are all aware of the potential issues in Rio, the USOC and IOC have put enormous resources into securing the health and safety of all athletes and spectators attending the Olympics,” he said. “I think many of the concerns surrounding Rio will prove to be overblown but in any case the national governing bodies have taken every precaution to ensure a smooth production.”

Dethlefs’s extensive experience and ability were key reasons for his selection as one of two alternates. He could be called at a moment’s notice to fill in for the U.S.

“I am the member of the team who is in place and travels with the team to Rio and is on the Olympic team to be there in case someone gets sick or injured,” he said. “Because rowing is such a team based sport, it’s hard to put someone new into a boat, into a new lineup. The mechanics of it are difficult so it’s important to have someone there to hop in the boat if someone is sick or injured, which is a possibility at any race.”

Dethlefs has to train as though he will be racing, with no promise that he will get that chance. It’s a difficult situation, but he is treating it professionally.

“I’m out there every morning, two or three times a day, I’m embedded with the team,” he said. “I’m training with them and I’ll travel with them to Rio to be there with them every step of the way. It’s an interesting role. You’re rowing with the team, you’re as prepared as everyone else, but you’re not guaranteed to suit up and race.”

Just to get to this point has been quite a journey. Dethlefs learned about rowing through a family friend, but he was more focused on soccer when he took up rowing for a spring sport as a freshman at Lawrenceville.

Lawrenceville head coach Ben Wright took the reins in Dethlefs’s sophomore year. By the next year, Wright saw a big change in his development and, as fate would have it, Dethlefs was unable to play as a junior due to injury and he came out for fall crew. A year of training propelled him to new heights and opened his eyes to his future—and thw work he had to do to get there.

Working hard has never been something in question for Dethlefs. He went named Lawrenceville’s team MVP after the steady progress he showed. It was an easy choice, Wright said. Dethlefs made “significant gains” from the fall of his junior year onward.

Dethlefs closed his junior year by trying out for the junior national team. He was cut but came back to make his first national team after his senior year and he was hooked following their worlds bronze medal.

“From that point forward, from tasting international racing experience, I really wanted to see what I could do with this and keep putting rowing forward for me,” Dethlefs said. “The work I did junior year, working out really hard, it was able to get me a spot to get recruited to Yale and that, combined with making the junior team, cemented my desire to row at a professional level.”

Dethlefs’s development continued at Yale, where he was named a team captain and garnered academic acclaim, as well. He graduated with distinction as a history major. His senior essay was awarded the Andrew D. White prize as the top thesis written on American history in the 2011-12 school year.

Excellence showed in everything that he did, whether it was in the classroom or on the water. And as he did in the classroom, he climbed to the top of the rowing team and is one of two Yale graduates on this year’s Olympic team.

“Like so many people that excel, it’s related to their mindset,” said Steve Gladstone, the Yale head coach in Dethlefs’s final two seasons. “It’s not simply somebody that has particular physiological qualities. They play a role, but with Tom it was his mindset and determination that set him apart from the group.”

What stuck out to Gladstone was Dethlefs’s total commitment. He consistently pushed himself to row at a higher level, and his example helped to drive the team.

“He was clearly one of the few people who really understood what devotion to a cause was about,” Gladstone said. “He knew what was required to be fast. Through most of his time at Yale, it was really challenging because the program was not strong. It was building. He had the clarity and tenacity to stay with it. He offered terrific leadership and had a very strong influence on the rebirth of the heavyweight crew program.”

Dethlefs showed that drive early as he was still finding his way in the sport.

Wright saw the motivation engineer his development, and was more impressed with Dethlefs as he saw the other side to his physical talents while Dethlefs lived nearby as a prefect in his final year at The Lawrenceville School.

“When he combines that with the mature, sincere commitment to succeed, there are lots of talented guys around, but not a lot combine it,” Wright said. “I thought he could go as far as the national team. I’ve had a couple other guys that had the talent, but their psychology or whatever didn’t work out.”

Dethlefs has all the abilities that coaches look for in a rower. His make-up will have him ready if needed at the Olympics.

“There’s no one else in the country that the coaches would want to do that job,” he said. “It is an honor. It’s disappointing to have made the national team every year in 2013, 2014, 2015, and then not make a boat in that capacity this year. It’s an honor and privilege to represent my country, represent Lawrenceville and Princeton and go to the Olympics and be the alternate for the U.S. team.”

And it’s all come full-circle, Dethlefs said. He learned to row on Mercer Lake, and now the Olympic team trains on Lake Carnegie in Princeton.

Dethlefs has enjoyed strong support from his parents and his sister, who also rowed in college, as well as the area that he still lives in year-round when he’s not competing internationally. In addition to rowing, Dethlefs owns and operates the small, private counseling and SAT service Milestone Academic Counseling.

He still has the potential to row internationally beyond this year. Rowers don’t peak typically until their late 20s and early 30s. At 26, Dethlefs could still consider a shot at the Tokyo Olympics in 2020. It takes a lot to get to that point, just as it has taken a lot to even make it as an alternate this year. Every Olympic competitor, he said, trains for four straight years to get there.

“The Olympic year, it’s very stressful,” he said. “It’s very, very intense. The competition is very tight. You kind of think every practice, every race you do is the most important one you’re doing in your life, every day in and out for months on end throughout, from September all the way through until this time now. Even though the boat is named, it’s a matter of now you need to perform. The entire year is an intense and competitive and enjoyable experience for everyone, and you understand and think this is where your athletic career could potentially peak.”

And after being devoted to rowing for a decade, he’s now he is on the verge of a chance at the one thing he hasn’t accomplished yet.

“This is it,” Dethlefs said. “This is what you do when you train with the national team. I’ve been to the world championships. I’ve won a medal at the world championships. I’ve won several World Cups. The Olympics was the top of the mountain and the main goal for my rowing career. So while I’m excited to go, I’m definitely disappointed I didn’t make a boat. That is part of the process. It’s great to be part of asport where you have the opportunity to go, to pursue a dream like this. It’s a cool experience.” 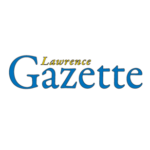