Fans of Masala Grill, Suchitra Patel’s restaurant that has been a fixture at 19 Chambers Street for 20 years, were devastated to learn last month that its lease would not be renewed.

Patel, who admits to initially also being devastated, quickly retrenched and within days of closing was doing a brisk take-out and catering business providing lunches, dinners, and party food for her longtime institutional clients. These include groups at Princeton University and the area’s big pharmaceutical companies. 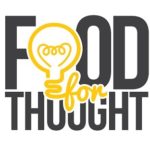 The day we spoke by phone, Patel had just delivered lunch for 45 to the university, and would do the same for a different group of 25 the following day. “Basically, a friend of mine who has a banquet facility in the area is letting me use his commercial kitchen,” Patel reports. She has kept her website and phone number operational so that customers can find her. “Still,” she says, “I have people phoning me every day who are standing out in front of Masala Grill asking what’s going on.”

A sign announcing a new Indian restaurant, Chennai Chimney, has been in place since June, but no details are being made available and Patel says she doesn’t know anything about it.

“The whole thing happened so suddenly,” Patel says. “We were in the middle of negotiations, and then I was given less than a month’s notice.” But before turning over the keys to the space that Patel says she continuously upgraded and invested in over all those years, she welcomed in her regular customers — whom she considers friends — one last time for a weekend open house.

“On the last day 200 people came!” she says. “I had to apologize because we didn’t have enough food. Every grain of rice was gone by the end of the night.” After the last guests left, Patel, her husband, and her son, who live in Princeton Junction, spent all night cleaning, preparing for the owners’ walk-through the next morning.

“In the end, a restaurant is about being hospitable, valuing customers, and about dealing honestly with the people who work for you and with you,” Suchitra Patel says. “I wish the whole thing had been done in a more civilized manner. What’s happening on Princeton’s ‘Main Street’ is different than it once was. Twenty years ago all the businesses were locally owned. I hope ‘Main Street’ doesn’t change too much.”

Restaurants find ways to adapt in the pandemic era

Restaurants find ways to adapt in the pandemic era

Hamilton institution Fred and Pete’s Deli put up for sale