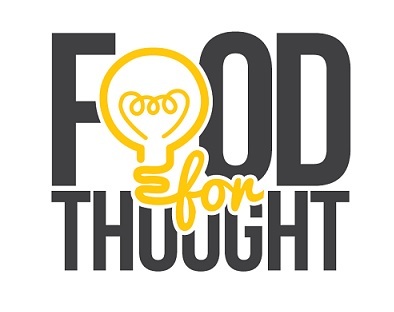 I was amazed and thrilled when Ursino, a strikingly modern, high-end American restaurant, debuted on the campus of my alma mater, Kean University, in 2012. Despite acclaim from professional reviewers (I, myself, bestowed a rating of excellent in my New Jersey Monthly review), the restaurant, located on Morris Avenue in Union, closed last September. So I was delighted to learn that Princeton restaurateurs Carlo and Raoul Momo had signed on with the university to take over management of the space this spring. (At press time, the scheduled opening of May 25th had been postponed.)

Terra Momo Restaurant Group spokesman Carmine DePasquale promises that this newest restaurant in the group (which also includes Mediterra, Eno Terra, and Teresa Caffe and Terra Momo Bread Company) will not be a clone of Eno Terra, their enoteca in Kingston. “What we’re aiming for is Italian simple farm-to-table, with the best sourcing and also local sourcing,” he says. To that end, the restaurant features burrata from Lioni, the respected Italian mozzarella maker located right around the corner from the restaurant. Plus, it will have at its disposal the University’s two-acre Liberty Hall Farm, which is onsite.

The opening chef, a new hire, is Scott Tolhurst. A native of Erie, PA he is in his thirties and, until he took this job, worked at Crafted Hospitality, the catering arm of celebrity chef Tom Colicchio’s Craft empire. Joining Tolhurst and DePasquale, who has been with the Terra Momo group since 2010, are Mediterra’s longtime sous chef, Frank Caponi, and bar manager/wine steward Brett Matthew.

The same menu will be served at all hours. A sampling of its features includes: pizzas (Margherita, bianca, and prosciutto & arugula); a salad of Liberty Hall Farm greens with fennel, carrot, radish, crispy leeks, and balsamic; a side of roasted Shibumi mushrooms; garganelli pasta with confit tuna, bottarga (salted mullet roe), Calabrian chili, and lemon; and a grassfed burger with bufala mozzarella, pancetta, tomato sofrito, and arugula. Interestingly, Enoteca Ursino will make its breads inhouse, and not serve Terra Momo breads. “The bakery is too far away,” says DePasquale.

The location – 35 miles northeast of Princeton and 25 miles from Manhattan – makes it a perfect central location says DePasquale, who describes Enoteca Ursino as “a hidden farm gem in an urban center.”

Through the grapevine I got word that the folks behind Mistral and elements in downtown have negotiated but not yet signed a lease on a second Mistral, the popular small plates restaurant that opened across from the Princeton Library in 2013. The (possible) second location comes as a bit of a surprise: an expansion of the King of Prussia mall. It’s not within the mall itself, but rather in a corridor currently under construction that links the Court and the Plaza. The new space will become home to several high-profile restaurants. Already signed on are: Kevin Sbraga’s Fat

Ham, Michael White’s Nicoletta Pizza, and Danny Meyer’s Shake Shack. (That last will represent the second Shake Shack at KOP.) Rumor has it that a Jose Garces project might also be in the works. If all goes well, owners Steve Distler and Scott Anderson hope to open there in December, in time for the holiday season. And if the second Mistral is a hit, more may just be on the horizon.

Asbury Park continues to cement its reputation as a dining hotspot with Barrio Costero, a self-described coastal Mexican restaurant that opened in February.

It’s the love child of four friends and hospitality veterans, among them two names familiar to the Princeton dining and drinking community. Derek Brosseau, whose title here is the dreadful “Chief Experience Officer,” had worked as host at both One 53 in Rocky Hill and was Mistral’s opening general manager.

Other key players (with no known Princeton connections) are veteran New Jersey chef David Viana, and Paris Retana, the culinary director who was born and raised in Mexico City. (But there is one more Princeton connection: host Anthony Celis is engaged to the Princeton Corkscrew’s manager, Stephnie Beaudry.)

‘Journey’ muralist Marlon Davila has a story to tell

Astronomy on Tap brings stars and suds to Trenton Social

Robin Schore: Cats, not the musical

Ewing’s Reid wants teammates to feed off her positive energy